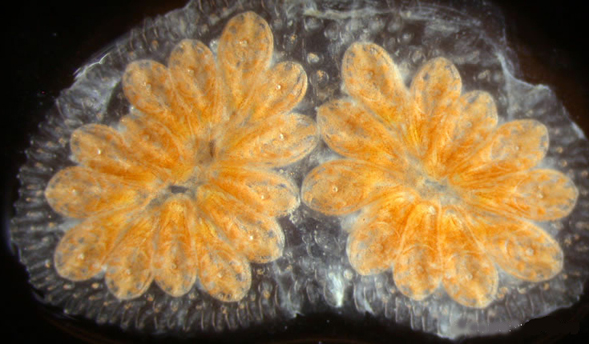 Ascidians make up one of the three classes of Urochordata. Urochordates (tunicates), along with cephalochordates and vertebrates, form the phylum Chordata. Botryllus schlosseri is a colonial ascidian tunicate, with individuals (zooids) embedded within a common sheath or tunic. This ascidian species is found in the Mediterranean.

A dozen clones of different genotypes are maintained.

The genome has been sequenced, revealing 580 Mb organised into 16 chromosomes.

Much information is available on the following sites: