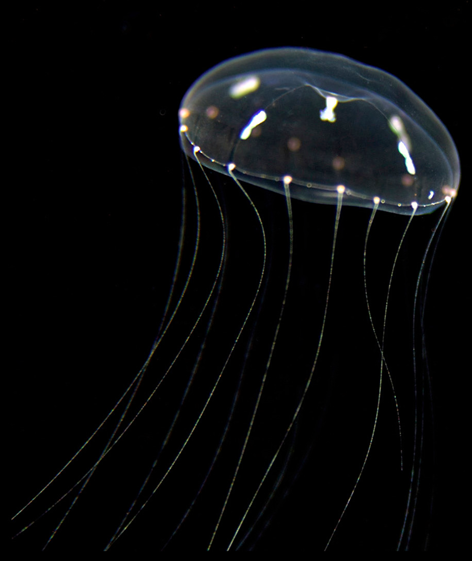 The jellyfish Clytia hemisphaerica is part of a group located outside of the bilaterians, cnidarians, and plays an important role in marine ecosystems. Cnidarians have four classes, including the hydrozoan group to which Clytia belongs. The life cycle of hydrozoans is characterised by the alternation of a polyp phase and a medusa phase.

Easy to raise and handle in the laboratory, all the stages of the life cycle can be cultivated and are available all year round: vegetative propagation of polyps, production of the medusa form by budding, spawning, fertilization and metamorphosis. Several weeks are necessary to anticipate the production of adults or to divide colonies.